A Place For Change

A lot has occurred since Father Dunlea hiked with a band of boys from Loftus to Engadine those eight decades ago. This exhibition is a small representation of what is an extensive history of people, places and ideas. The title A Place for Change is taken from Dunlea Centre’s motto. It embodies the ethos of all those who have been a part of this establishment.

The exhibition begins with photos of the homes Fr. Dunlea occupied with the first of his boys, moving through time to the march from Sutherland to Tent City and detouring slightly to reminisce about the man himself. The artefacts displayed highlight Fr. Dunlea’s ability to make the best of changing circumstances and the boys’ faith in his leadership and care.

Returning to life at Boys’ Town, the next two bays depict the vast array of   constructions achieved in the early years. These constructions enabled many of the residents, known collectively as ‘old boys’ to learn practical skills and were the foundation of the trades taught at Boys’ Town.

Many of the memories people have of Boys’ Town are related to sports and music. Memorabilia from these two avocations alone is much too  considerable to be fully displayed, but representations of many of the sports, instruments and people involved embody not just the boys’ aptitude but also their innate ability to excel under what some might consider extreme circumstances.

Boys’ Town would not be what it is today without the many people who have exemplified ‘a place for change’. The sheer number of people who have graced these walls is again too extensive to completely represent in photographic form. Instead photos of past and current students, teachers, staff, directors and clergy are looped on a video monitor. (This portion of the exhibition will be updated monthly to include photos submitted after the opening.) To be included in an update, please email photo/s of your time at Dunlea Centre to the curator at dana@boystown.net.au .

Of course, Boys’ Town would not be what it is today without the wider community and the generosity of donors. Included in this portion of the exhibit is a facsimile of future plans for the museum. It is hoped that funds will become available to improve not just the displays but also to include a meditation space for our young people and families, a meeting area for community groups and an area of acknowledgement of our indigenous lands.

Perhaps the most current part of the exhibition is saved for last. Artworks displayed on the brick wall represents change in action. These art works created by our current young people, represents how the title of the exhibition, A Place for Change, applies to the lives of the young people currently living and/or studying at Dunlea Centre. Freedom of expression has allowed our young people to grab hold of positive changes and to let go of the negative in the most meaningful way to them.

A lot has changed since the founding days. Buildings have changed. Educational directions have changed. Most substantial of all, the lives of our young people have changed. Through the years, Boys’ Town, now known as Dunlea Cent re, has been a place for change .

The Dunlea Centre Museum is proudly funded by the NSW Government in association with Dunlea Centre, Australia’s Original Boys’ Town. 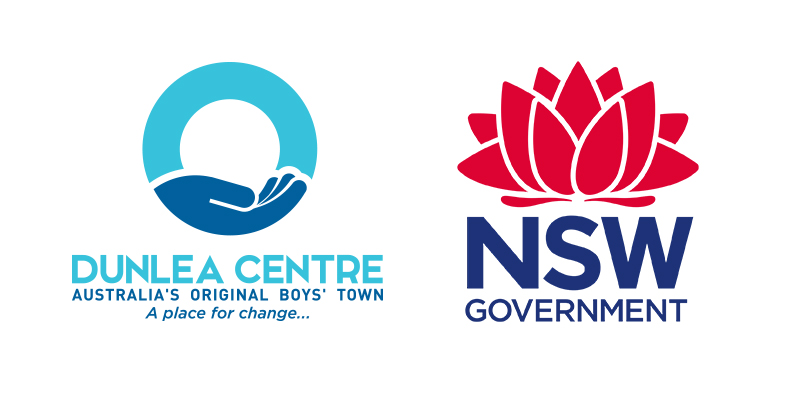