Dunlea Centre > About Us

A Place For Change

The Dunlea Centre aspires to be a welcoming community where lives are changed and right relationships are restored.

Dunlea Centre’s mission is to empower adolescents and families at risk to change their lives and restore relationships through the provision of quality therapeutic and educational services.

RUAH is a Hebrew word meaning ‘breath of God’ and is used as an acronym to represent the four values of respect, understanding, affection and humour. The Dunlea Centre’s RUAH values are derived from Salesian spirituality which gives emphasis to being joyfully present to others and mirroring the loving-kindness and compassion of God. By living out these RUAH values the Dunlea Centre helps to bring the loving presence of God and the Gospel of Joy into the lives of each young person and family entrusted to its care.

Fr Thomas Dunlea (1894-1970) founded Boys’ Town at Engadine, in 1939. His immediate source of inspiration was the movie about Fr Edward Flanagan (1886-1948) who founded the original Boys’ Town in 1917 at Omaha, Nebraska, USA . Both Fr Flanagan and Fr Dunlea drew inspiration from St John Bosco (1815-1888), whose work with disadvantaged youth began in Turin, Italy , but has since spread world-wide.

St John Bosco is the Founder of the Salesian Society of Priests and Brothers who, since 1952, have been responsible for the work of Boys’ Town.

Boys’ Town has undergone many changes over time as it has continued to respond to changes in society and the emerging needs of youth and families. In 2010 responding to the community need for a residential girl’s unit Boys’ Town Engadine became Dunlea Centre and established the Margaret unit to also help young ladies in need. Today as Dunlea Centre it is a comprehensive service to adolescent children and their families who are at risk of family breakdown, but who want to restore their relationships.

Dunlea Centre provides family and individual therapy, academic and life skills education, and residential care for both boys and girls. Family Preservation and Restoration is the focus of the Dunlea Centre’s program. Dunlea Centre is also an out of home care service and students live-in from Monday to Friday, thus allowing the children and their family some space to bring about necessary changes.

Dunlea Centre works in partnership with families to help bring about this change. The philosophy of Dunlea Centre is based on the belief that every person is unique and specially valued in the eyes of God. Its inspiration is derived from its founder, Father Thomas Dunlea, who believed in the worth of every individual regardless of race, creed or socio-economic status. He believed that there was no such thing as a `bad’ child; circumstances lead them into difficulties, and different, more positive circumstances could redress this.

The practical method of working effectively with young people follows the Salesian tradition of Don Bosco who believed in prevention, kindly presence and an atmosphere characterised by acceptance and warmth. Over time at Dunlea Centre, this approach has been adapted to include specific therapeutic intervention in the lives of children and their families.

The Salesian `Preventive System’ lies at the heart of Dunlea Centre, influencing, animating and directing all interactions with the students. The Salesian approach known as the `Preventive System’ was originally developed by Don Bosco in his work with young people at risk during the 19th Century Industrial Revolution in Italy and has been evolving ever since by the Salesians in their numerous works around the globe. In English, the word `preventive’ has negative connotations. It has overtones of stopping things from happening. In Italian – the word is very positive – it means `standing beside someone to speak on their behalf, to be their defender, to encourage them, to have empathy for them, to help them grow.’ Crucial to this way of working with the young is the encouraging presence and an active involvement of all staff in the lives of the young people. Don Bosco encouraged his workers always to have the interests of the young at heart, to love what the young love, to be a friend to the young rather than a master whom they fear.

The Salesian approach promotes an atmosphere of kindness, tolerance, acceptance and forgiveness. It is based on a fundamental belief and hope in the ability of all young people to change.

“The preventive system must be our characteristic: never harsh punishments; never words that humiliate; never sharp reprimands in the presence of others. Let our words be gentle, patient and loving; no sarcastic remarks; never strike anyone, even lightly. Let every Salesian make himself the friend of all and never harbour thoughts of getting even. Let him be quick to forgive and never rake up the past. Kindness in speaking, in working, in giving advice will win over everyone”.

3 Reasons to donate to Dunlea Centre

Skills obtained at Dunlea Centre are transferable to independent living, employment, application in their family unit and society in general.

Dunlea Centre is a family support service. This niche service enables personalised programs to encompass any family as a whole.

We offer a niche service, while remaining consistent and reliable. This is relevant as the Australian family unit is diverse.

The increased demand from Australian families requiring assistance has the Dunlea Centre positioned as a relevant & much needed service.

Dunlea Centre is successful because of it’s expert team, skilled at transforming their superior knowledge into programs for young people. 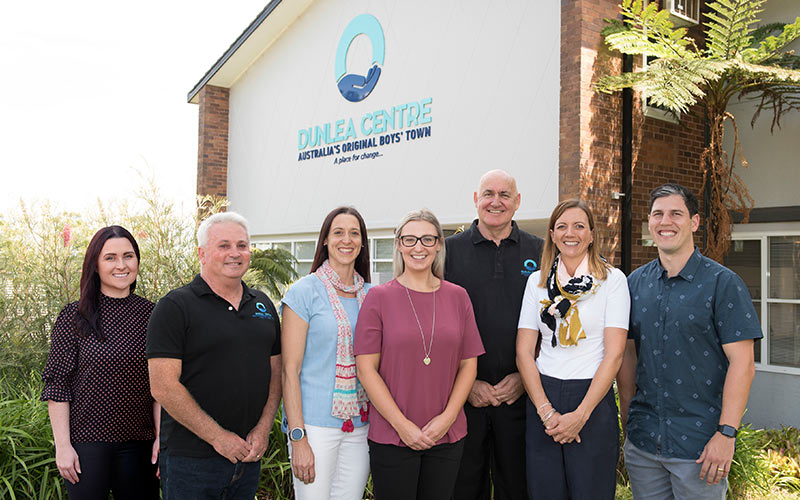