Father Dunlea was born this day in Ballina, County Tipperary, Ireland in 1894.

In 1934 Father Dunlea became parish priest for the Sutherland Shire. The Shire was still largely undeveloped bush land, encompassing the Royal National Park. Getting around to all his parishioners, especially those living rough in the Royal, in a vehicle was nearly impossible, so he traded in his old Chevy for an ex‑racehorse named Bill Sykes.

While doing rounds in the Royal, a young boy by the name of Eric Green approached him, asking the young priest to minister last rites to his dying mother. The woman begged Father Dunlea to look after her son and so when the woman passed, Father Dunlea took Eric under his charge and the legacy of Boys’ Town was set in motion.

“The work will continue, you see, whether I am there or not, because it is God’s work, not mine.”

Dunlea Centre, Australia’s Original Boys’ Town has been assisting vulnerable young people and their families for over 80 years. 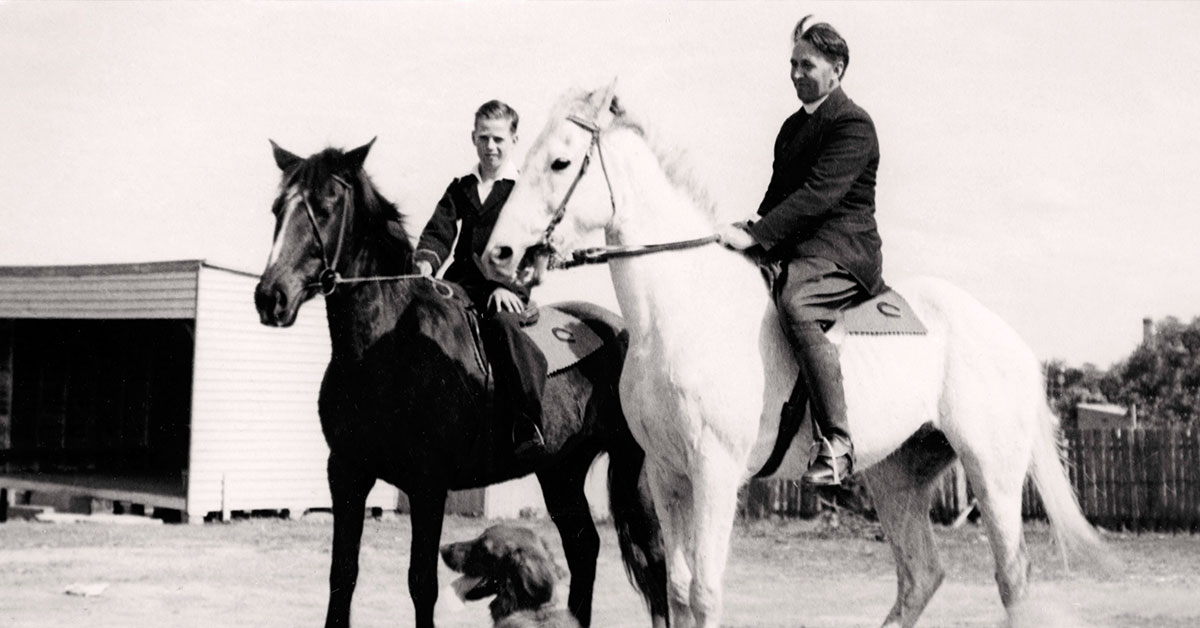